The Roots of Surrogacy 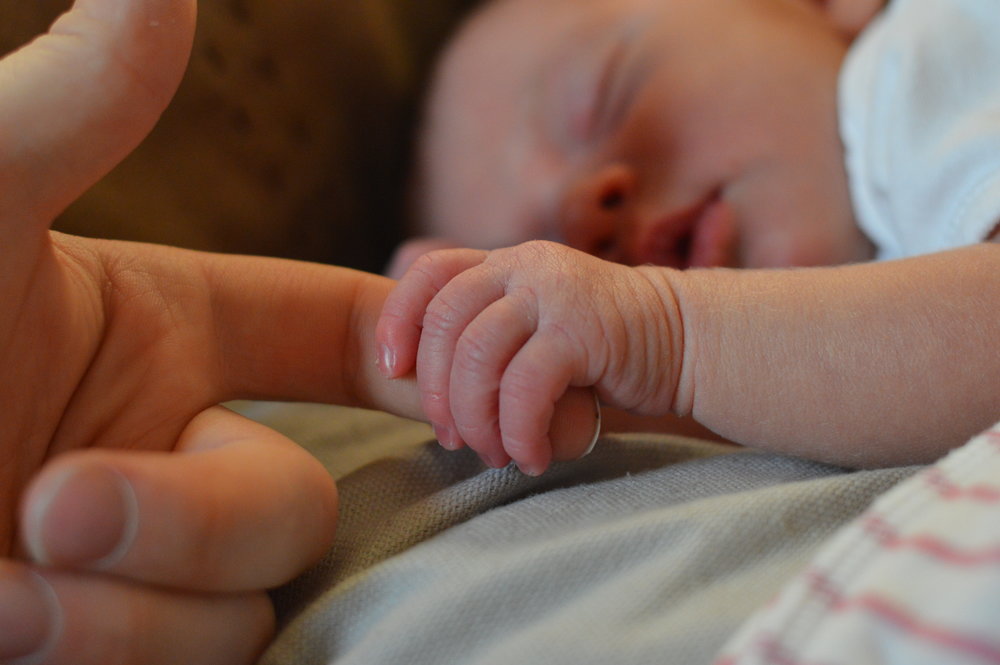 Often when we think of trailblazers in the surrogacy arena, we think of the medicine, the technology, the doctors, and the lawyers, all making incredible advances and offering further light and clarity for those who set out on the path to parenthood via surrogacy.

With all the innovation, there must also be those willing to take the journey– surrogate mothers and intended parents, standing against the odds, who form incredible and unparalleled partnerships to create and build families. They are also the trailblazers. Women and men who make new tracks through unsettled country and who, with each step, make the path a little less rocky for others that follow in their footsteps.

In 1987, only six years after the first ‘in vitro fertilization’ baby was born in the United States, Clare and her surrogate were two of those trailblazers. They may not have known it at the time, but they were making new tracks that would later serve to guide others on their own path to parenthood.

This is Clare’s story…

Clare married when she was twenty years old, had three children by age twenty-five, and was divorced and re-married. Her second husband was described as a wonderful man whose dream was to have children with Clare. They wanted a family to call their own.

Unfortunately, the road to get there was not what they expected. What once had been easy in her twenties now proved to be an arduous feat. Clare and her husband struggled for nearly five years for a child of their own. After trying to conceive naturally, they underwent five artificial inseminations and a surgery, all of which proved unsuccessful. Day after day, month after month, year after year, every attempt at a successful pregnancy failed.

With limited funds and only some money gifted them to furnish their new home together, Clare recalls them deciding to use the money for a chance at something “much more valuable.”

Surrogacy was their next and, most likely, last step. They had already paid $7,000 to a woman to try to help them find a surrogate, a search, which yielded not a single viable option. They could not afford the one large and non-local surrogacy agency that was recommended to them. With little guidance and minimal resources, their only option was to try and find a surrogate on their own.

But how would they do it? Before the invention of Google or even the World Wide Web, there were more limited means for navigating options and securing assistance. They couldn’t just do an online search for “how to find a surrogate.” Their choice was to place an advertisement in the printed newspaper. “Loving couple looking for woman to be a surrogate.” Due to the nature of their request, the mainstream newspapers where they lived in Northern California rejected the ad. After further diligence and perseverance, they managed to get several very small very local publications to run the ad. Clare was grateful the small papers agreed and, at the same time, afraid of what might happen next. Would they find someone? How would they know it was the right person? Would the inseminations work? Would the surrogate change her mind once she became pregnant? Clare’s mind raced with equal amounts of excitement and trepidation.

They got thirteen responses. They drove to every home of every woman in Northern California who answered the ad. After twelve in-home meetings, they had not found the right fit– until lucky number thirteen.

Number thirteen was a single working mom from Ukiah, California. She had never been a surrogate before, was raising her one son on her own and had some family nearby. Clare remembers the potential surrogate’s first question: she wanted to know if Clare and her husband were sure they wanted the baby because she only wanted to help Clare and her husband, she did not want another child of her own. Clare was relieved when she heard the words but, of course, still uneasy. She knew in her heart that she and her husband would never change their minds. But was it possible the surrogate might change hers? After all of their efforts, would they end up without a baby? Clare buried the dark “what ifs” in the back of her mind and pressed forward. Under any other circumstances, Clare and her surrogate would never meet. And yet here they both were, putting an unimaginable amount of trust into one another, for the chance at a journey of a lifetime, a journey neither would ever forget.

After a lengthy meeting, Clare, her husband, and the surrogate felt like they had a match! A ray of hope in the already long journey. Without an attorney, they drafted the agreement themselves. They would pay the surrogate $10,000 and give her money for maternity clothes, housekeeping and lost time from work. They paid out-of-pocket for most of the surrogate’s medical expenses. They managed the money exchange entirely on their own.

The surrogacy would be traditional, meaning they would use the surrogate’s eggs and inseminate her with Clare’s husband’s sperm. Each time an insemination was scheduled, Clare would carefully carry her husband’s sperm to a Walnut Creek hospital where she would meet the surrogate and the fertility doctor. On the third try, the surrogate became pregnant.

Nine months later, Stephanie was born at the surrogate’s local hospital in Ukiah, a beautiful and healthy eight-pound eight-ounce baby girl. Only with the permission of the surrogate were Clare and her husband able to take Stephanie home from the hospital. They would have to wait three long and unsettling months to adopt Stephanie before they could legally call their daughter their own.

Clare got more than she bargained for during her surrogacy journey. Not only did she gain an incredible daughter who she cannot imagine her life without, but she also found a life-long friendship with the surrogate. The two maintained a relationship, visiting one another frequently in the years following Stephanie’s birth. When Stephanie was five, she learned she was adopted, and ultimately also formed her own friendship with the surrogate. Stephanie became so proud of her unique and extraordinary background.

Often when Clare and Stephanie meet strangers for the first time who comment on how much the mother-daughter duo look alike, Clare and Stephanie look at one another and giggle. While they do not share one another’s genetic make-up, they are as close as a mother and daughter can be. Clare describes Stephanie an incredible, strong, and confident woman. It comes as no surprise that Stephanie is forging a career that enables her to make a difference in the lives of women and children.

Says Clare steadfastly, “Stephanie may have been my husband’s dream first, but she became my dream.” The words of author Arundhati Roy ring true to Clare: “Another world is not only possible, she is on her way. On a quiet day, I can hear her breathing.”

Clare and her surrogate have so much in common with so many other trailblazers. They were afraid– fearful that everything would fall apart and they would be left devastated. They were role models– setting examples for so many intended parents and surrogates that would come after them. They were navigating outside of their comfort zones- setting their own boundaries and guidelines, negotiating their own agreements, and ultimately forging a priceless and timeless bond with someone who was otherwise a complete stranger. They embodied change– by blazing their own trail in order to create a family, they empowered others to do the same. They never gave up– they stood strong for what they believed in, even though it was something that was not universally accepted or widely acknowledged.  They built a community in the face of adversity. They created a safe and welcoming place for others to join them.

Incredible change and progress is possible if your dreams are big enough. Just ask the trailblazers.

Learn more about becoming a surrogate

We are proud members of ASRM and SEEDS.